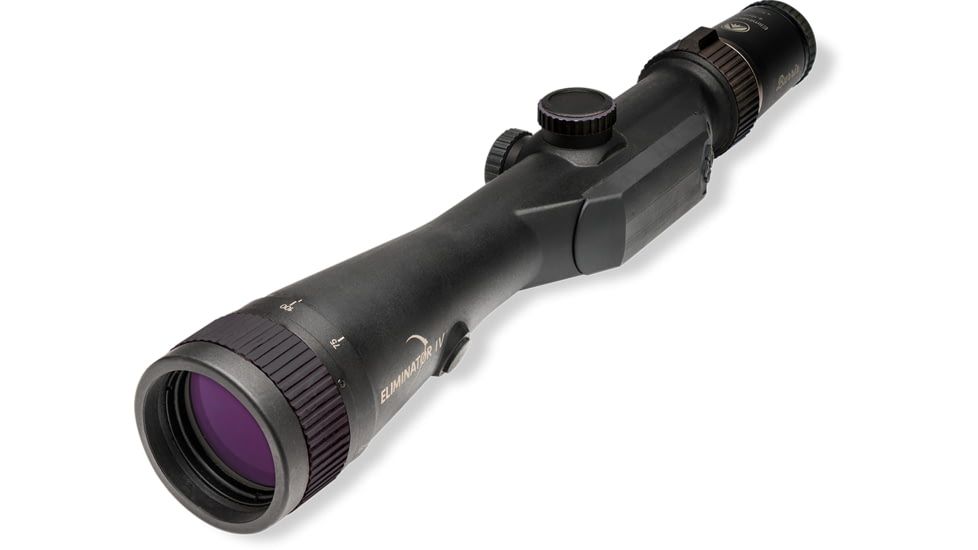 Details
Prices
Specs
The Burris Eliminator IV LaserScope has a built-in rangfinder that can extend your shooting range out to 2,000 yards. New to the Eliminator IV is a wireless remote that can activate the laser rangefinder to make it even easier to range your target, thus enhancing your chance at an ethical shot. As has always been the case for the Burris Eliminator, there’s never a need for a smartphone, app or separate handheld rangefinder!

To set-up the Eliminator IV, simply enter your cartridge’s ballistic info and the scope calculates your exact holdover at your exact distance from your target, estimates wind drift, and then displays a bright red dot in your scope where the bullet will hit your target, all at the push of a button. Just aim, range and shoot.